Democracy in Egypt – Theory and Reality 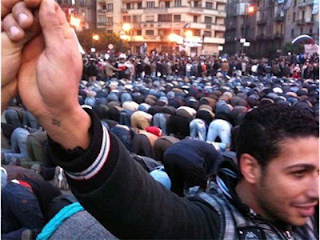 His Grace Bishop Angaelos highlighted the various challenges faced by Egyptians in light of the 2011 uprising, and the role of Coptic Orthodox Christians as the indigenous people of Egypt. Noting that Christians were present alongside their Muslim brethren during the Tahrir uprising, His Grace indicated that Egyptian Christians still seek a unified nation state.

Elaborating on the significant contribution of Coptic Christians as active citizens in the ever changing climate of Egypt, Bishop Angaelos spoke about the need for continued efforts towards the development of a national identity for all Egyptians, in order to safeguard the rights of every citizen, Muslim and Christian alike.

The audio from the lecture is available here: http://bit.ly/ZVj9DV

Posted by The Coptic Orthodox Church Centre at 00:10