PRESS RELEASE
For immediate use
11 September 2013

The Coptic Orthodox Church in the United Kingdom celebrated the Feast of Nayrouz, marking the new Coptic Year in St Margaret’s Church, Westminster Abbey on 10 September 2013, with messages from Her Majesty the Queen and His Grace the Archbishop of Canterbury, and addresses by members of both Houses of Parliament. 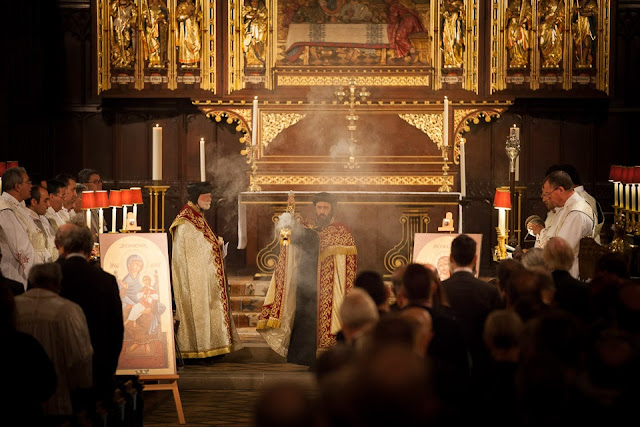 The Revd Canon Andrew Tremlett, Canon of Westminster and Rector of St Margaret’s church welcomed all on behalf of the Dean and Chapter of Westminster Abbey, and a message from the Most Reverend Justin Welby, Archbishop of Canterbury was read by The Rt Revd Dr Geoffrey Rowell, Bishop of Gibraltar in Europe. 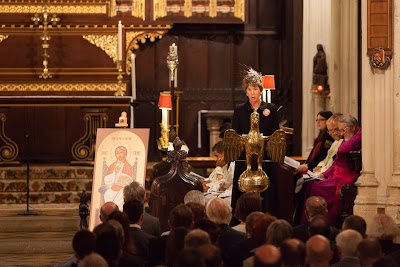 A message from Her Majesty The Queen was read by The Countess of Verulam, Lord Lieutenant of Hertfordshire, who said:

“I send my warmest wishes to you all for a most memorable service to mark the new Coptic Year.”

During the service, His Grace Bishop Angaelos, General Bishop of The Coptic Orthodox Church in the United Kingdom, addressed the need for newness and reconciliation in Egypt and the Middle East, also touching on matters in Syria, saying: 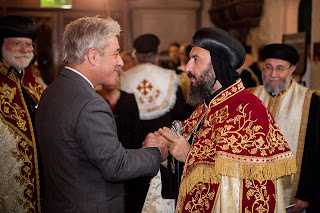 “We are a reality in each other’s lives, and we are a beautiful reality. The diversity of who we are is a testimony to the creative sovereignty of God and so we, in gracious obedience to that sovereignty, must be reconciled and accept one another on grounds that we heard in today’s Gospel[1], in freedom for all, a freedom of faith, religion, expression, and a freedom of life. So we must move forward leaving that which is defiled behind if we are going to make a fresh start.”

At the end of the service there were addresses from Baroness Cox of Queensbury, the Rt Hon Alistair Burt, Parliamentary Undersecretary of State for Foreign Affairs, and the Rt Hon John Bercow, speaker of the House of Commons. 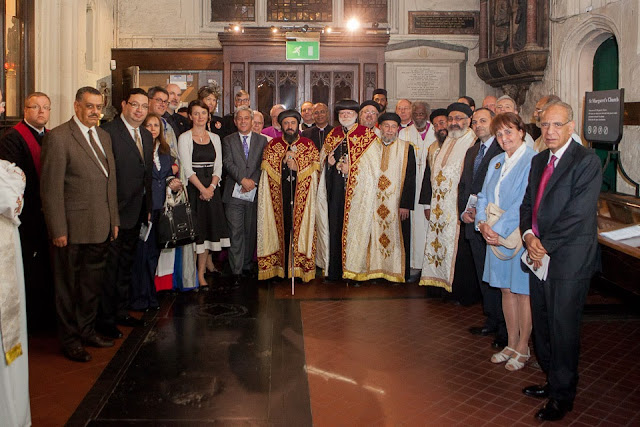 Photographs from the event are available via http://on.fb.me/16kCKQZ

Transcript of address by HG Bishop Angaelos available via http://bit.ly/1bbhroC