Press Release: HRH The Prince of Wales sends message to the CopticOrthodox Community in the UK as they celebrate new year in StMargaret's Church, Westminster Abbey

PRESS RELEASE
For immediate use
22 October 2014 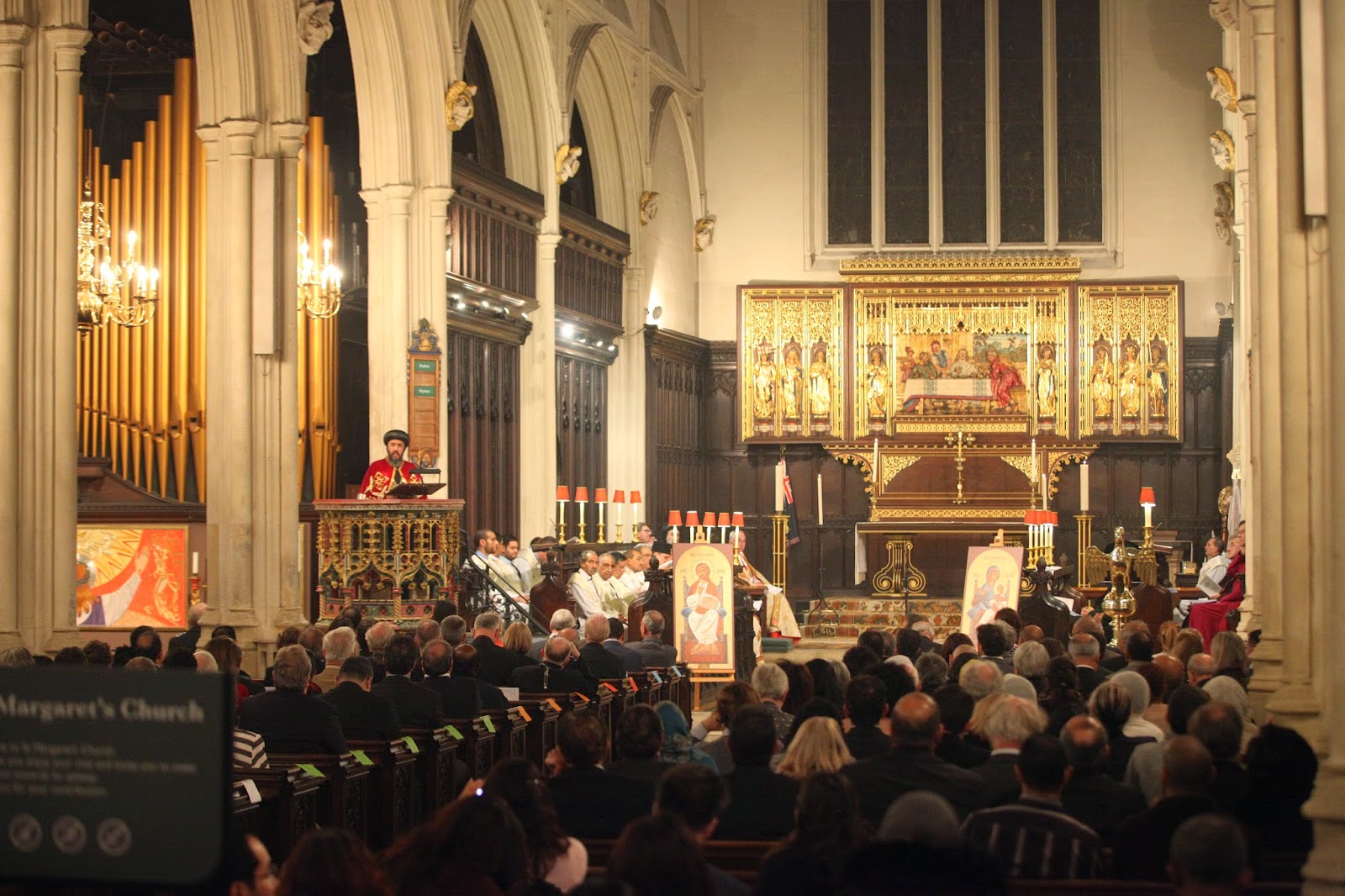 “the dedication and commitment of the Coptic faithful in contributing to the life of the Church, and of this country, in many ways, some unseen and unheard.”


Going on to say:


“I very much share your deep concern for all those still facing grave challenges across North Africa and the Middle East…The Coptic Orthodox community in Egypt and, indeed, Christians across the Middle East, have often proved themselves to be those who build bridges between different groups and religions. They have shown great forbearance and longsuffering despite the on-going persecution they face, providing a humbling example of what it is to be a faithful Christian.”

“As our Coptic communities mark Nayrouz today, we celebrate the fantastic contribution they make to our country and we think of the many Christian communities around the world for whom this New Year is a time of fear and suffering.”


Speaking in support of the Coptic Orthodox Community, the Prime Minister went on to say:


“We call for unity in support of tolerance, in standing up for the rights of people of all faiths and backgrounds and in promoting the building blocks of democracy as the long-term basis to defeat extremism in the region…we stand alongside the Coptic Church and other Christian churches in the Middle East in pursuing these values, treasuring the long history and deep roots of these churches and their commitment to the common good.”


The Archbishop of Canterbury, in his message said:

“My prayer for all the faithful of the Coptic Church is that the coming year will bring peace and hope. In situations of crisis and conflict may the primacy of our inter church relations as Christians standing together and praying for one another provide us with the wisdom, courage and strength in Christ to dialogue, clarify, act and heal.”


In his sermon, Bishop Angaelos spoke of the responsibility and obligation of Christians to advocate for religious freedom for all, saying: 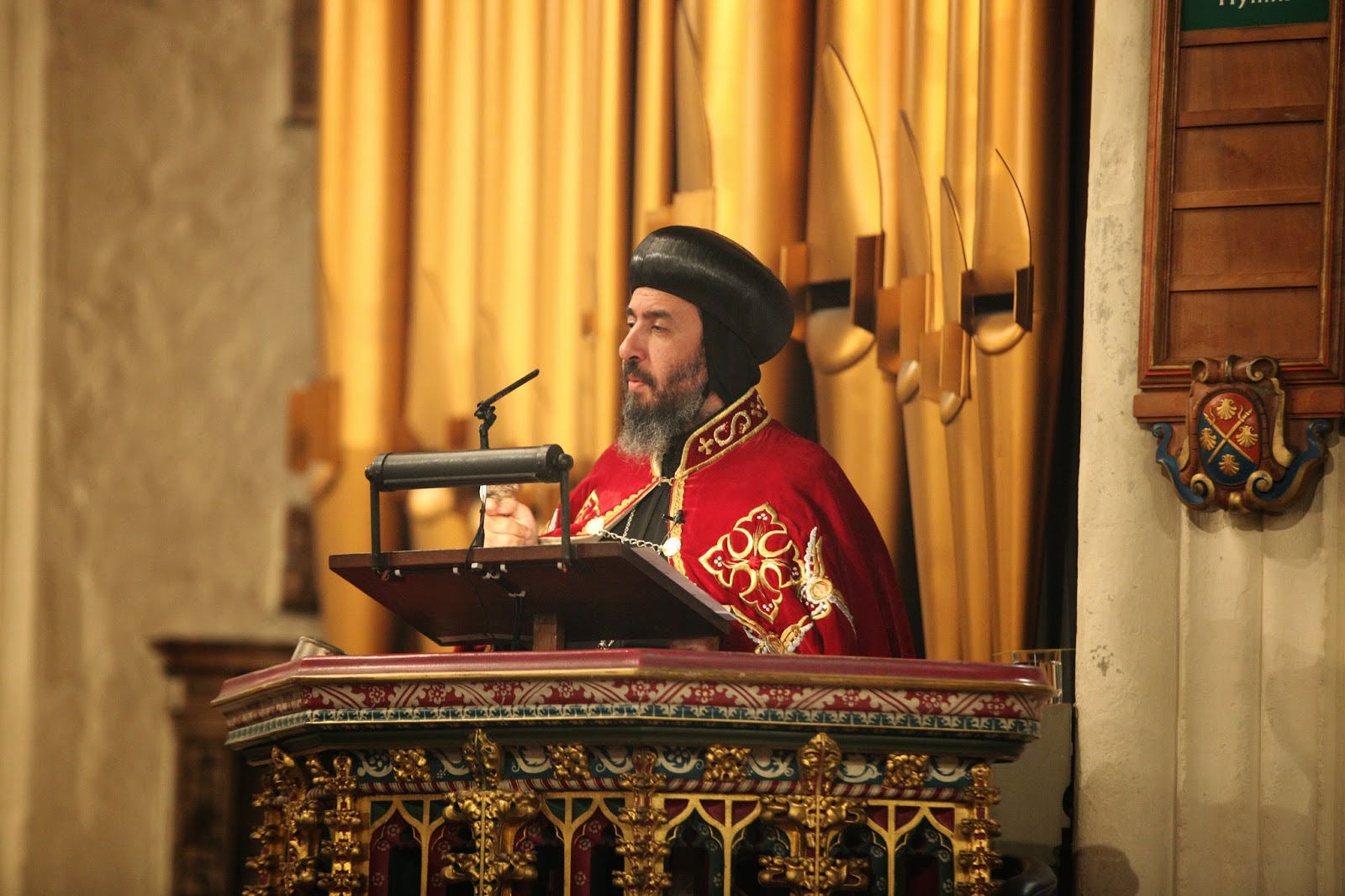 “Freedom is a responsibility and an obligation that we have been given by God and must take seriously. We must, when we can, speak the truth; it is not an option. We must look at the freedom we have today in standing and praying together, and seek to use that freedom to benefit all those who are not able to do the same.”


Speaking of the defiance and resolve of many who suffer gross violations of their religious freedom, he said:


“We are reminded that in the midst of this immense darkness there is an incredible light, witness, example, power, and victory. What appears to be death and defeat is actually defiance and victory for, in the cases of many of these people, it is a greater victory to have died for their Faith than to have given it up to continue otherwise. While this may be the case, and they may be defiant and victorious, we must also continue to actively advocate for them.
The unity that we express today in standing side by side for those less fortunate or free than ourselves will be a testimony to encourage us and them that they are not forgotten. We stand here in the confidence that God hears our prayers and the cries of all who call upon Him, reminded in Exodus 3:7 “I have surely seen the oppression of My people…and have heard their cry…for I know their sorrows.”


After the messages were read there was a greeting by Archbishop Antonio Mennini, Apostolic Nuncio to Great Britain followed by addresses from The Baroness Berridge of the Vale of Catmose, and The Lord Alton of Liverpool.

The Revd Canon Andrew Tremlett, Canon of Westminster and Rector of St Margaret's church welcomed all to the service which was attended by the Dean and Chapter of Wesminster, members of the House of Lords, House of Commons, members of the diplomatic corps and various ecumenical and official guests, as well as members of the Coptic community in the United Kingdom. 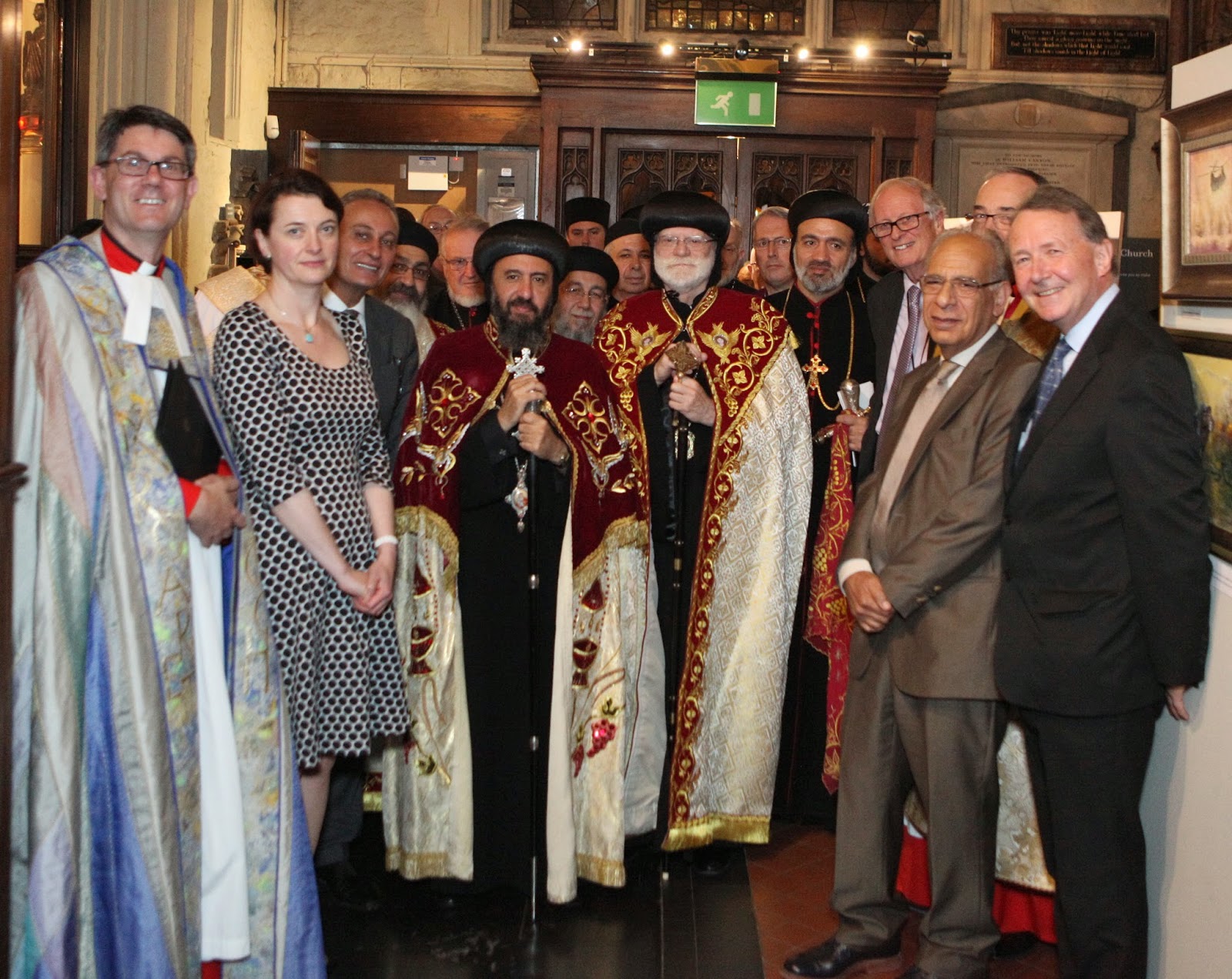 Posted by The Coptic Orthodox Church Centre at 18:38