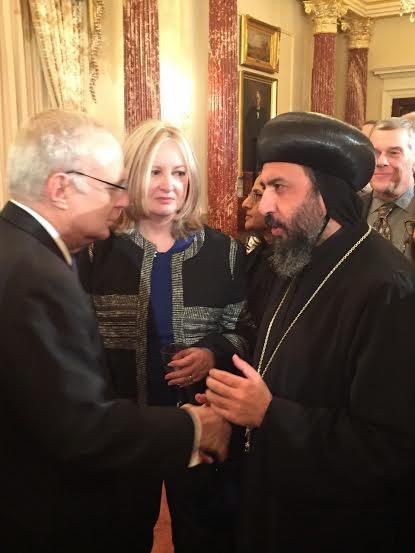 His Grace Bishop Angaelos, General Bishop of the Coptic Orthodox Church in the United Kingdom met with Ambassador Saperstein during his swearing in ceremony at the State Department. In his inaugural address, the Ambassador mentioned the recent brutal murder of 21 Coptic Christians in Libya, highlighting the need to protect religious freedom for all in the region. 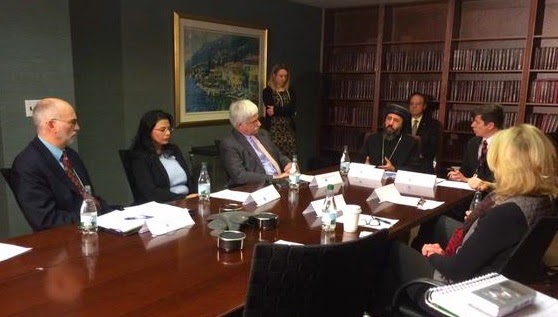 Prior to the ceremony, Bishop Angaelos met with the Archbishop of Washington, Cardinal Wuerl, Katrina Lantos Swett, President of the Lantos foundation, members of the United States Commission for Religious Freedom (USCIRF) and various representatives of the State Department. This meeting, hosted by In Defense of Christians, incorporated a press conference and round table meeting addressing responses to the persecution of Christians in the Middle East.

During the press conference Cardinal Wuerl expressed his concern for, and solidarity with, the Coptic Orthodox Community in light of the murder of Coptic Christians in Libya, saying:

“I am here to say to Bishop Angaelos that we are raising our voice with you…and I thank him for being a part of this important conversation.” 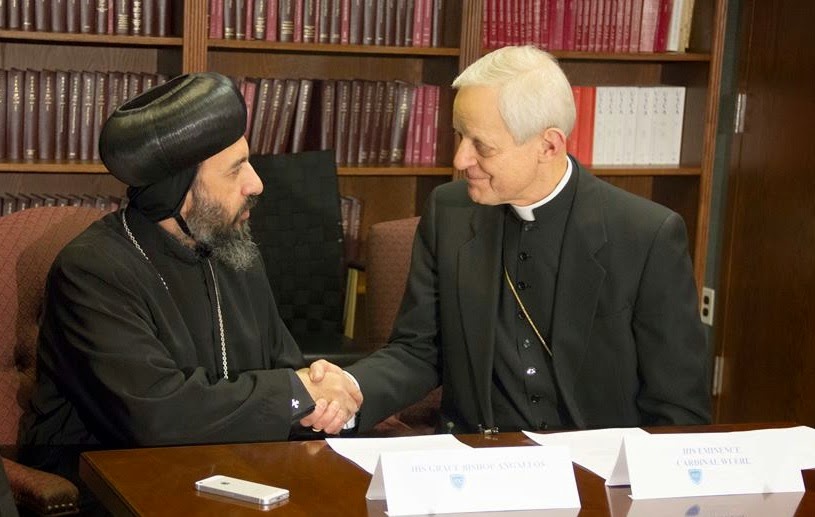 “The truth must be spoken, and people of faith must speak to protect the rights of all regardless of their religious affiliation. As we attempt to respond to the atrocities that are facing various Christian and faith communities in the Middle East and across the world we must ensure that we do not allow hatred to enter our hearts.”

Katrina Lantos Swett, members of USCIRF, representatives of the State Department, and Nermine Riad of Coptic Orphans, were also present during the press conference.

Bishop Angaelos also attended a round-table meeting and discussion arranged by Nina Shea Director of the Centre for Religious Freedom at the Hudson Institute on nuanced approaches to religious freedom and engagement.

Posted by The Coptic Orthodox Church Centre at 23:03