Reflection from His Eminence Archbishop Angaelos following the departure of His Eminence Metropolitan Bishoy of Damietta, of blessed memory.

Reflection from His Eminence Archbishop Angaelos, Coptic Orthodox Archbishop of London, following the departure of His Eminence Metropolitan Bishoy of Damietta, of blessed memory. 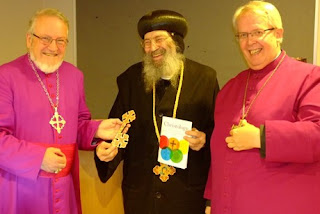 Today we mourn the loss, while celebrating the life, of a father, shepherd and teacher of the Coptic Orthodox Church. His Eminence Metropolitan Bishoy of Damietta, of blessed memory, faithfully served the Church internally, through his diocese, as General Secretary of the Holy Synod and as Convenor of the Clerical Council. I have personally seen his engagement with the clergy and laity of his diocese, and so I know that today, they will be mourning the loss of a gentle, loving and beloved father.

Externally, Metropolitan Bishoy has also served through his chairing, membership of, and contribution to, a variety of theological dialogues and consultations over the past forty five years.

Having had the blessing and honour of serving alongside the late Metropolitan Bishoy, both as a member of the Holy Synod and in numerous ecumenical dialogues and bodies, I have come to learn from and respect the commitment, passion, dedication, and attention to detail that many will know him for.

My most recent encounter with Metropolitan Bishoy was only a few days ago in Holy Etchmiadzin, as he signed, on behalf of the Family of Oriental Orthodox Churches, a historic Memorandum of Understanding between the Eastern and Oriental Orthodox Churches and the United Bible Societies. As his last official act only forty-eight hours before his passing, this demonstrated the fruits of tireless work that has spanned over a decade. Having spent much time in conversation with him during that trip, partly in preparation for the upcoming annual meeting of the Anglican Oriental-Orthodox International Commission, I know that he will be greatly missed by the Commission, as a founder member and co-Chair, and as a friend and colleague to all who have served on it since its inception.

Within just hours of the news of his passing, I have received countless messages of condolence, which is indicative of the breadth and depth of his engagement with ecumenical partners over decades around the world.

We pray repose for his soul, and comfort for his diocese and the many thousands of his ecumenical friends and colleagues around the world who will dearly miss him. 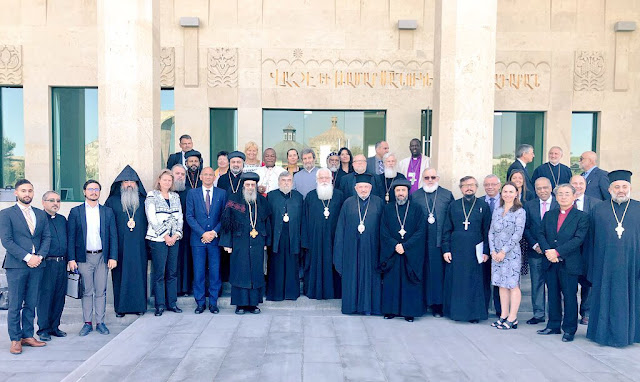 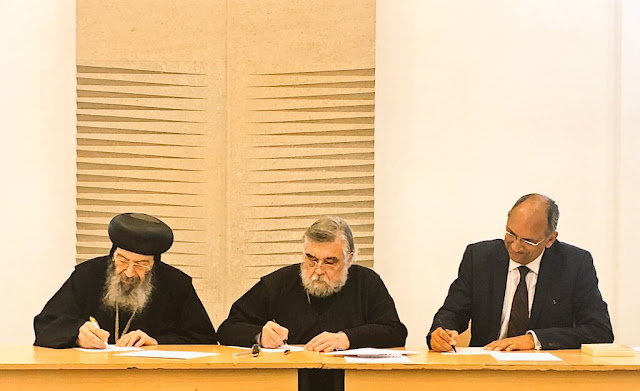 Posted by The Coptic Orthodox Church Centre at 13:19