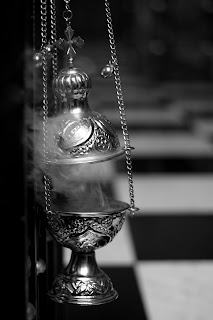 Just over a week ago it would have been inconceivable for most of us to imagine that there would be a war in Europe, and yet today we see the pain and destruction of war unfolding before our eyes in the streets, villages, and cities of Ukraine. We are seeing the now-too-familiar images of hundreds of thousands of men, women and children being internally and externally displaced; once-settled people being faced with uncertainty, and families being separated by war and conflict.

With the presence of twenty-four-hour reporting, we can become too easily distracted by the analysis of maps, charts and statistics, and forget the very real personal and human cost that is being met by very real people in-country, and by their families and friends around the world.

In this holy season of Lent across our Churches and Traditions, let us raise our hearts in prayer for an end to this war and conflict with the least possible loss of life, and for a restoration of peace and healing.

We pray protection upon the people and the armed forces of Ukraine and Russia. We pray wisdom upon leaders and policy makers, that regardless of geopolitical considerations, the preservation of sacred life always stands paramount. We pray peace for a world that is still recovering from a global pandemic that has affected so many, and has had an immense toll on us all.

May the Prince of Peace, our sovereign God, answer the prayers of millions around the world for an end to this war and further loss of life.

Posted by The Coptic Orthodox Church Centre at 12:43