Press Release
For immediate use
27 April 2015 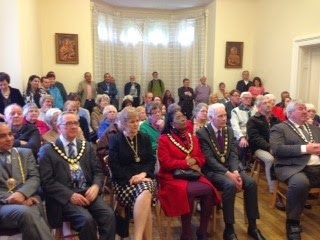 A special open day was held at The Coptic Orthodox Church Centre in the United Kingdom, situated at Shephalbury Manor, to mark 150th anniversary of the manor. The open day, hosted by the Coptic community, was attended by the Mayor of Stevenage, Councillor Sherma Batson MBE, various mayors and civic dignitaries from across Hertfordshire, and approximately 400 members of the local and wider Hertfordshire community. A number of people who have had a historic connection with the manor over the years also attended, including members of the Heathcote family that had historically owned and occupied Shephalbury Manor.
The open day included a Stevenage Museum display of articles owned by the Heathcote family, an information session about the history of the manor, tours of the Cathedral of Saint George, a barbeque and various activities for the children.
In his welcome address in the manor house His Grace Bishop Angaelos, General Bishop of the Coptic Orthodox Church in the United Kingdom said: 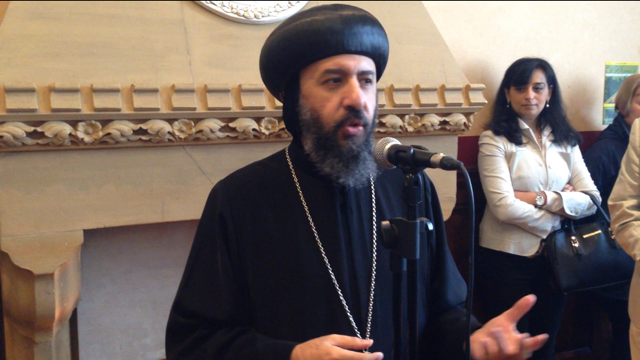 “Having been in this manor for over 25 years, the Coptic community is thankful for the efforts of a very dedicated group of local residents called ‘The Shephalbury Manor Action Committee’. They saved this building from demolition and had it listed in the 1980s before the Coptic Church purchased it in 1991. Since then, this building and this Centre remains a place of life, active ministry and interaction within the community.
We look at ourselves as very much a part of Stevenage, Hertfordshire and of course the wider British community, and therefore are able to engage on a variety of levels including pastoral work, youth ministry, ecumenical relations and official work, among other things. I am very proud to live in Stevenage, as a thriving community, and we all, as a community, appreciate and value this Manor as our home, for the history and heritage it brings, and for the living opportunities that it provides people today.”
His Grace went on to thank Stevenage Museum for its display of artefacts owned by the Heathcote family, and introduced Mayor Sherma Batson, saying:
“Mayor Batson is one of the most active mayors of Stevenage that I have encountered over the past 20 years. I thank you for all that you have done over the past year, and while your mayoral term is coming to an end, I know that you will go from strength to strength and continue to do great work.”
In addressing the community the Mayor said: 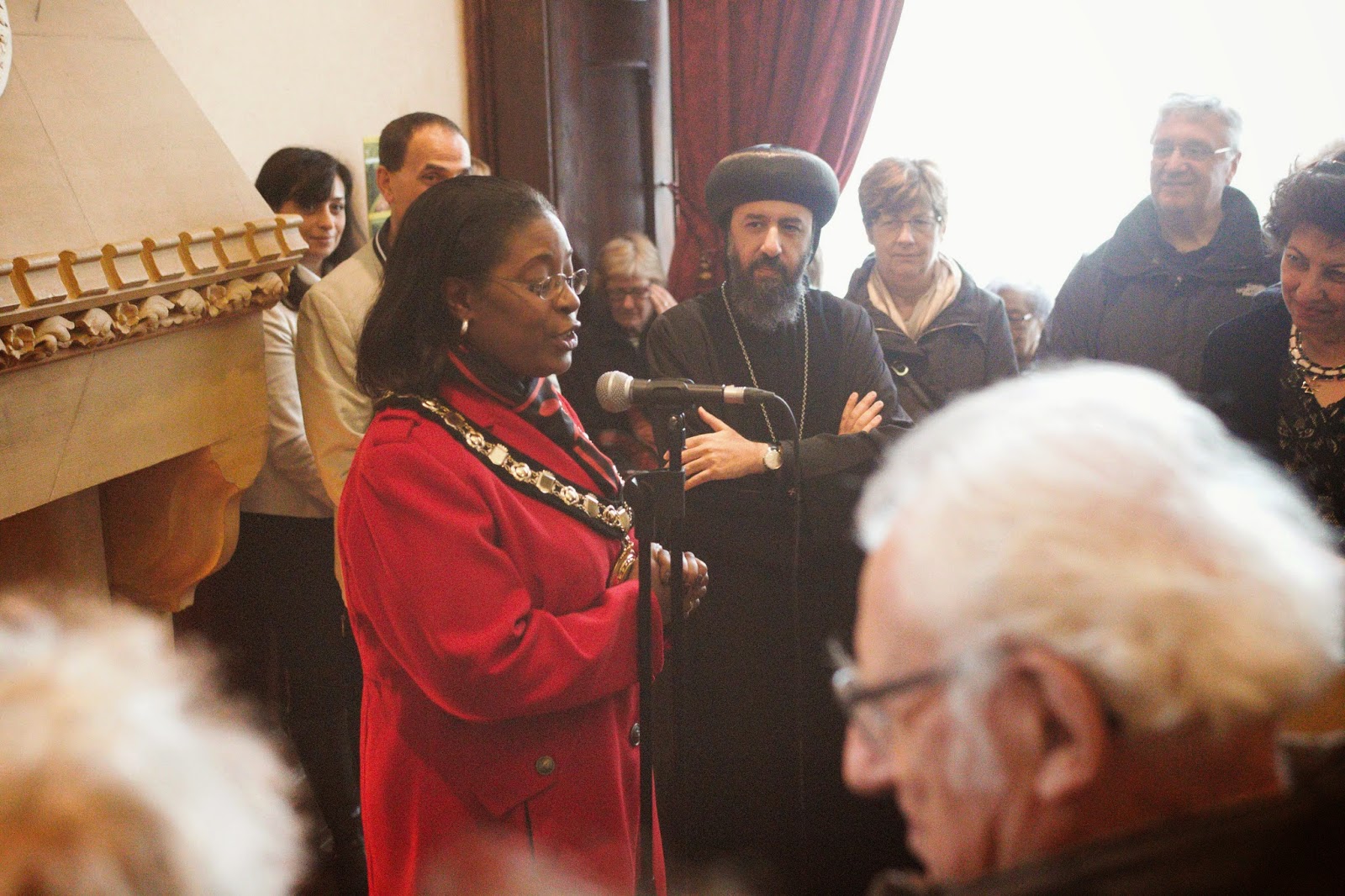 “This is a fantastic time for me to be the first citizen of Stevenage and to be able to be in this building and on this site which is actually in my council ward, so I am equally proud of that. If it wasn’t for the Coptic community and the Church here this building would have fallen into disrepair, and I know that for a fact. I am so pleased that you have opened your doors because it is a wonderful place to see and my next big project will be to make sure that a brown sign is produced to let people know you that you are here as a part of our great town.”

*Ends*
Posted by The Coptic Orthodox Church Centre at 20:10