[View photographs from the service via www.Flickr.com/CopticMedia] 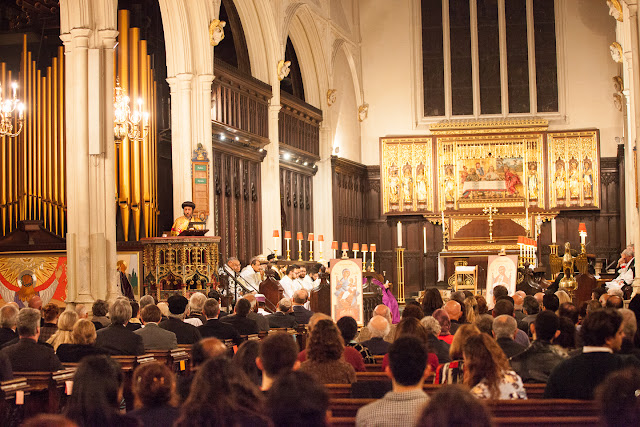 On 17 October 2017, messages from Her Majesty The Queen, His Royal Highness The Prince of Wales, the Prime Minister and the Archbishop of Canterbury, were read at the Coptic New Year (Nayrouz) Service held annually in St Margaret’s Church, Westminster Abbey.

A welcome was given by The Reverend Canon Jane Sinclair, Canon of Westminster & Rector of St Margaret’s, and the service was officiated by His Grace Bishop Angaelos, General Bishop of the Coptic Orthodox Church in the United Kingdom.

In his sermon, which focused on the prospect of new beginnings, Bishop Angaelos said:
“As we celebrate the lives of the faithful, we have a chance to start afresh, and to look at any opportunity for a new beginning of any sort.
It is important for us to do two things at this juncture: to look, assess, and repeat the wonderful things that have been done, and to look at what may have been left undone; things that may have gone unrealised, unchecked, and unaddressed.” 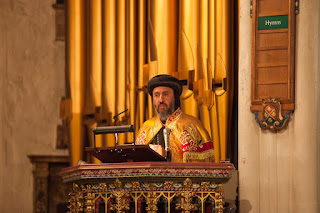 His Grace went on to say:
“In light of Matthew chapter 9, it is far too easy to attempt to merely patch over issues when they seem too complex to address. We must change our approach and address root causes. This applies of course to us as individuals, as societies, religious institutions, and nations.”

Touching on matters of religious persecution around the world, His Grace said:
“Over these past months, we have seen so much in terms of religious persecution, whether it be in relation to the Coptic Christians in Egypt, Christians in the Middle East, the wider Africa, or around the world, people suffer daily.
Gatherings like this that we take as a simple right, are an impossible and unrealised privilege for some in our world today. So this evening we remember and pray for them, realising that it is important for us to support those who want to believe, whatever their belief is!”

Speaking of religious freedom more generally, he said:
“If God respects humanity enough to empower us all with a freedom of choice, who are we to decide who has the right to believe or not believe?
The Christian message has as its ultimate strength, the ability with which it can consciously and actively love and even forgive those who not only persecute, but kill us. That is what sets this apart. It is not because we are better than anyone else but because it is what we are called to do.” 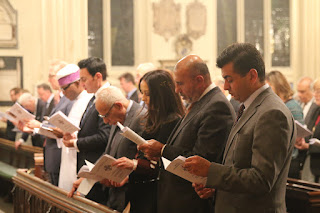 Highlighting the diverse nature of British society, he went on to say:
“The gathering in this church this evening resembles the beautiful mosaic that is British life; from religious leaders to political leaders, social activists and human rights defenders, to members of the general public, we all work together. Together we should use whatever platform or gift we have to further this message.

Closing with a message of hope, from the book of Isaiah 43:19, he concluded:
“Today we can be confident that God will always be our Way along even the loneliest of journeys, and He will always be the spring of life in the most oppressive drought.”

In his address, Lord Bourne spoke of the engagement of the Coptic Orthodox community in the United Kingdom, highlighting various ministries including youth work, and homeless ministries. 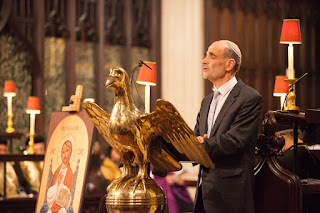 Rabbi Jonathan Wittenberg, who recently celebrated the Jewish New Year, said the following in his address:
“I stand here, a Rabbi from the Jewish community from a fellow faith, in solidarity…

…Therefore in these painful and frightening times when so many of these relationships are ruptured and require our urgent and prolonged keen attention we must remember our purpose here on earth, and together articulate our shared faith, hopes and tasks, not just in our places of prayer but in the public square and in the media. Together we must act for the well-being of every individual human for we all carry God’s sacred spirit and all in a differing, unique and special way.” 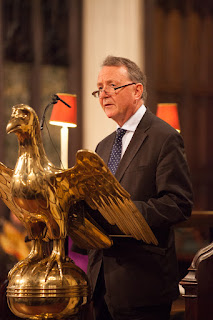 The Lord Alton of Liverpool spoke of religious freedom violations, calling for the same rights for all, saying:
“As Bishop Angaelos reminded us earlier, [religious freedom] is not just something we demand for the Coptic community but for all…

…In the Universal Declaration of Human Rights, in Article 18 it spells out the right of every human being on this planet to believe, not to believe, or to change their belief. Well it is with this in mind that we gather here tonight to show our solidarity with an ancient Church, which plays both an integral part of Egyptian life but also a much loved part of British life and society.

It is because of the power of the Cross, not knives and guns and bombs, that we gather here tonight. It is for that reason, despite tragedy and sadness that we can commemorate and celebrate the new year and commit ourselves to continue to work for values based on mutual respect, co-existence and freedom of religion or belief.” 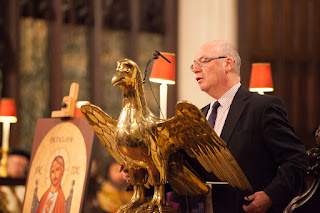 The Right Honourable Alistair Burt MP, spoke of the beauty and diversity of the Middle East and the people of all faiths within its region, while also highlighting the struggles faced by many within it, saying:
“There are many joys in returning to the role of Minister for the Middle East, to share a bit of time in the region I have come to love and to value its diversity and culture, the things that are not often spoken of in the news; to share as a person of faith the opportunity to listen to the sounds of the Middle East, in mosque, in synagogue and in church and to recognise that the ear picks up much that is similar between the sounds of those of those who worship, to recognise a common humanity in its spirituality searching and reaching out for God.”

Going on to speak about the powerful impact of forgiveness, and human compassion shared by people of all faiths in the midst of persecution, he concluded:
“…As we celebrate Naryouz with you, and we remember the martyrs, we reflect on what you have said for a new opportunity that we have, let it be a new opportunity not just for the region but for the world to reflect a bit more, to build dialogue, to end the conflicts between faiths, so that as we gather year by year we will have less to regret, and forgive and more to celebrate and be joyful about.”

Joining members of the Coptic community at the service were international royalty, members of the House of Lords, the Office of the Prime Minister, House of Commons, the Foreign Commonwealth Office, the Diplomatic Corps, the Home Office, humanitarian and advocacy organisations, and various ecumenical, and inter-religious guests.

View photographs from the service via www.Flickr.com/CopticMedia 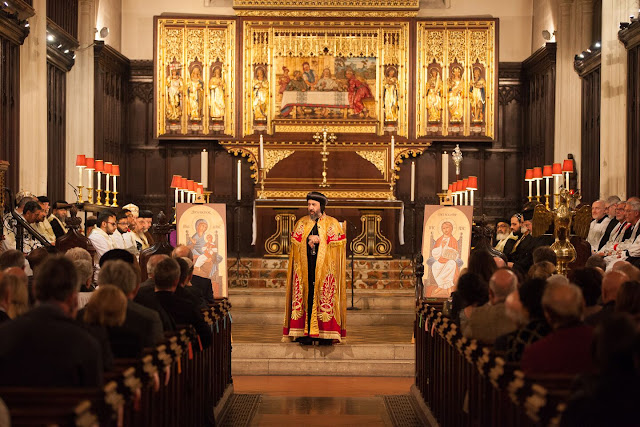 Posted by The Coptic Orthodox Church Centre at 16:39